Since the fall of 1991, when my fiancée-now-wife and I got a black kitten with lottery winnings, there has not been a night in our home without a pet in it. Until now.

Since early 1992—with the exception of an approximately one-month window—when we purchased a Pembroke Welsh Corgi puppy from a local breeder, there has not been a night in our home without a dog in it. Until now. 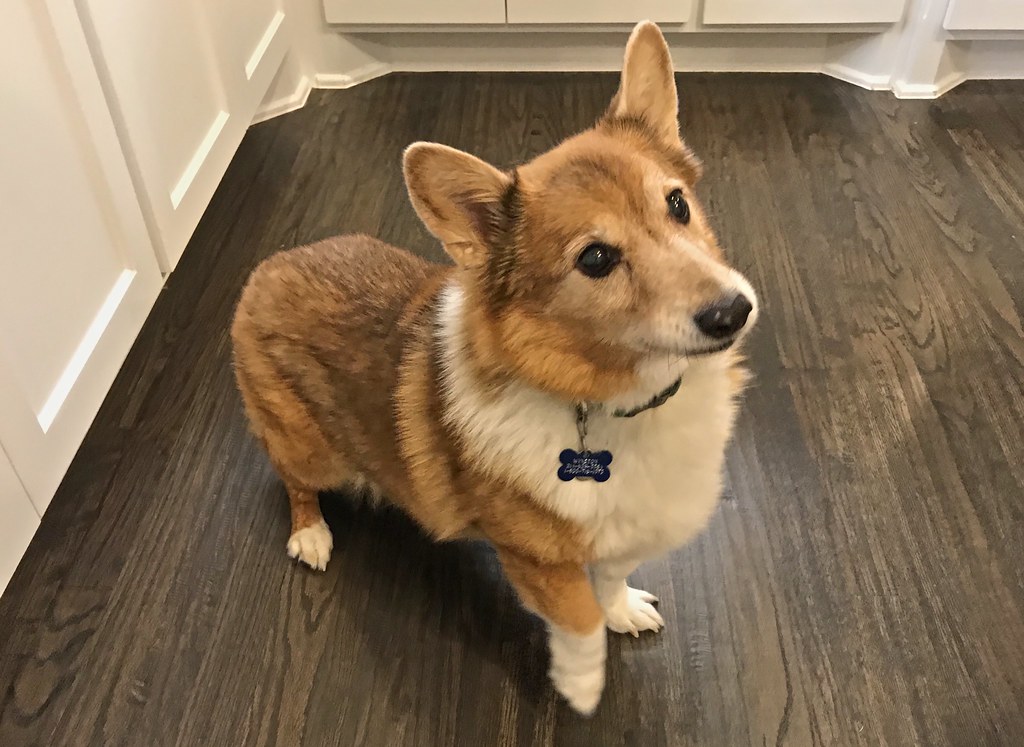 Today we said good-bye to our sweet Winston. The slow kidney failure that had plagued him for nearly a year finally caught up, and it was time to let him go.

This one hits our family a little differently than the other two dogs we’ve had. With our first, Linus, it was just me and my wife, no kids, and we were quite devastated when his time with us was cut short from a tumor on his stomach. Our rebound dog, a Shar-Pei/Pit bull/couple-of-other-breeds mutt, Clancy, was equally sweet, and very protective of our firstborn when we brought him home from the hospital. But Winston was the first dog who truly had his boy. And our oldest was the first of us to truly have his dog. 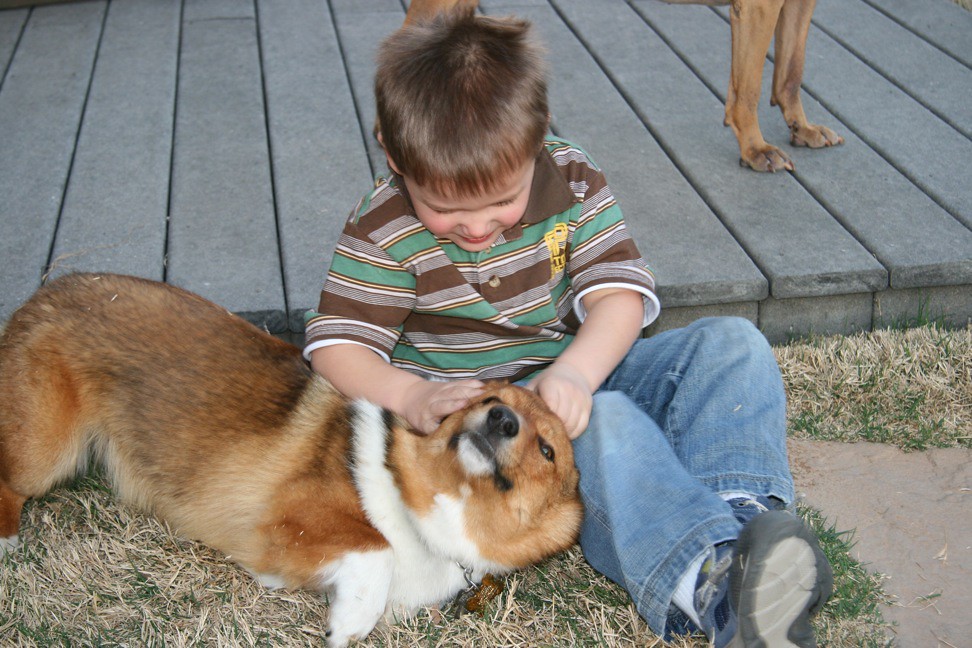 Winston joined our family when our oldest was four. A friend who fostered dogs for the local humane society, and lived in the same neighborhood as us, knew of our love of Corgis from Linus. She called us one day to say, “I have a Corgi at my house.” She was informed we’d be over shortly. The first day was our meeting Winston; the name was one given to him by the humane society, and we liked it so we kept it. The second day was Winston meeting Clancy on neutral ground there in the neighborhood. That went well enough that the next day Winston spent the night at our house to see how he’d get along with the two cats and the general goings-on of our household. That was a Friday, and Saturday was going to be his first day of availability to be adopted from the humane society. They were having a big event at our local pet store. Winston did not make an appearance.

I will not forget the look on the humane society volunteer’s face when we told her we were there to adopt a dog, she asked which one, we told her, and she got confused that we didn’t have a dog with us. “Where is he?” she asked.

“At our house,” I replied with a smile. And then she got the above story, we got paperwork to fill out, the humane society got a check, and we had a second dog in the house. 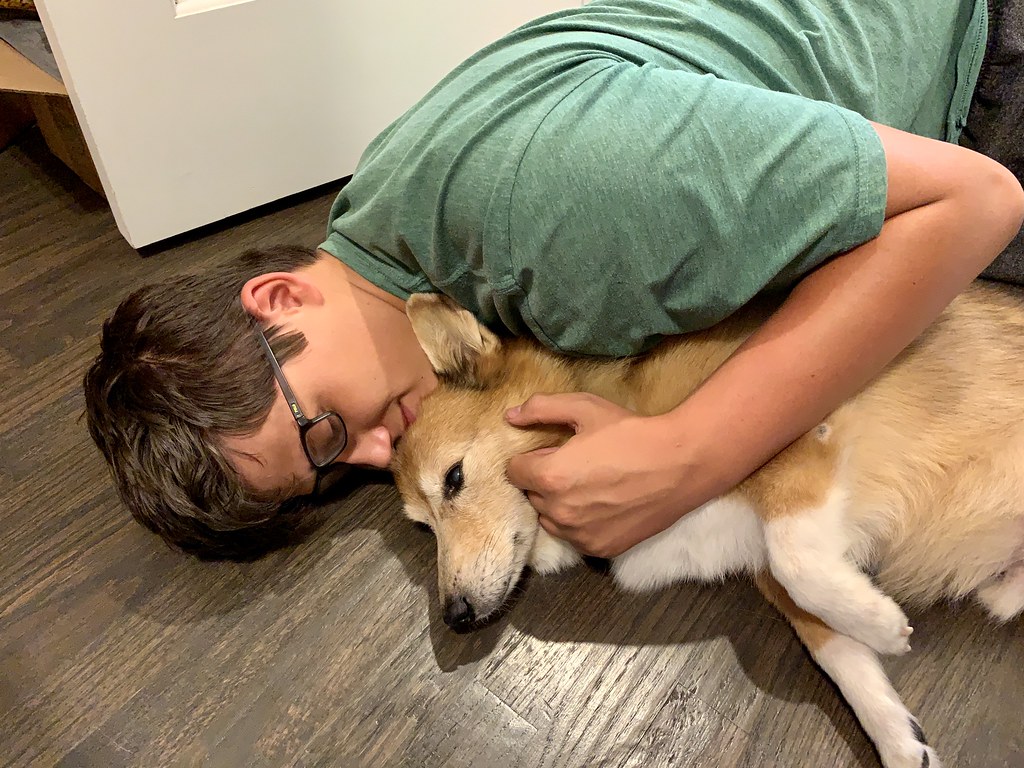 Winston rode in his boy’s lap on the drive from our house to the vet’s office. He stuck his nose out the window a few times to sniff the air. He got lots of love and was talked to constantly. 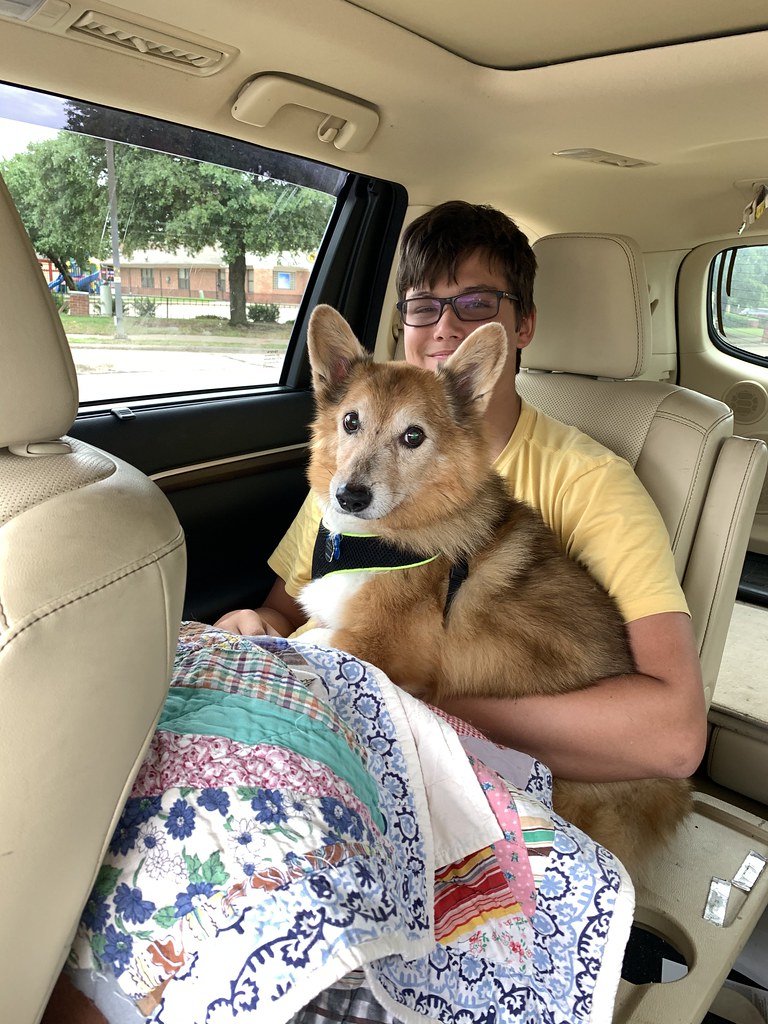 It took both of us to gingerly get him down from his perch on his boy’s lap to the ground. He had developed arthritis in his left back leg on top of all the internal turmoil he was enduring. He had to be helped over the curb from the parking lot to the grass surrounding the office. But he spent his last moments before being led inside by a tech sniffing the ground, exploring a relatively unknown space, and dutifully doing his business and making his mark.

When the moment came, there were many tears from me and my son. There was also a new pain and sadness to consider, one I hadn’t experienced with our other two dogs: the pain a parent feels seeing such sadness of loss from his child. Sadly, I know this will not be the last time for that, but such is life. 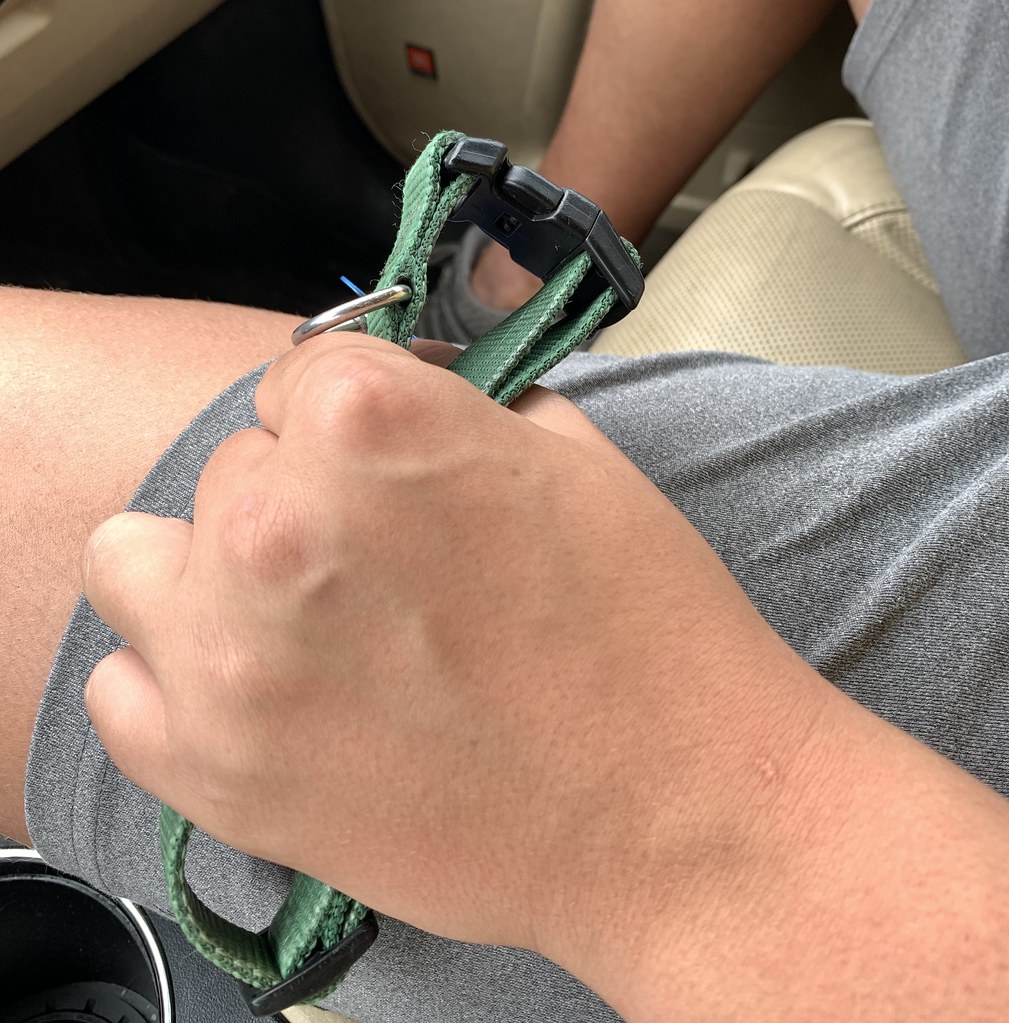 We thanked God for bringing Winston into our home. We thanked Him for the love that poured forth between this sweet little, teddy-bear puppy and the humans he shared an abode with. We offered our hope to Him that we be reunited some day.

Until that day, I will miss you, sweet Winston. I love you.